The Benefits of Plants in Schools.

Plants in School classrooms consistently led to improved performance in spelling, mathematics and science, ie, across the curriculum, latest research has shown. There also seemed to be unanimous agreement among teachers and students that plants in the classrooms improved their appearance and 'ambience'. Pictures of some of the School Plant Displays recently installed by Office Landscapes are shown below. [The full scientific report with graphic findings can be viewed at www.nipa.asn.au

The planters were specially designed enabling them to be moved around by a trolley, so they could be used to create a barrier in different areas when required.The trees give a very favourable first impression on approach to the new school building as well as acting as a barrier to stop car parking too close to the front of the building.

Many of the new build Schools can have quite modern minimalistic interiors, so planting is often used to soften and add interest to the children's surroundings as well as sometimes being used to create a barrier/screening effect between open plan areas. 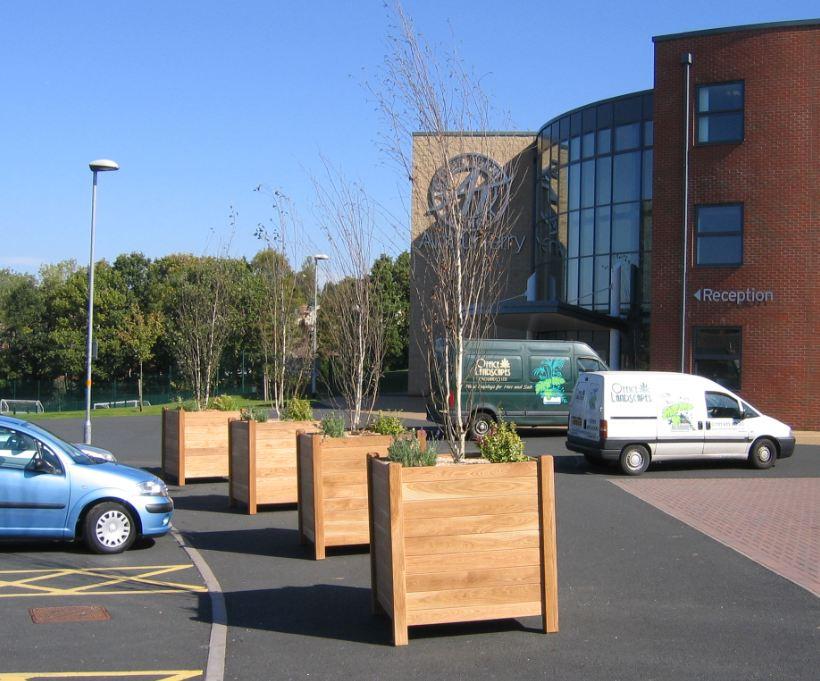 One School had large artificial trees for the main Reception and Music hall, whilst live planting was used by another School to soften a corridor. Overall artificial plants seem to be more popular as they need very little on going maintenance and won't die or become overgrown. 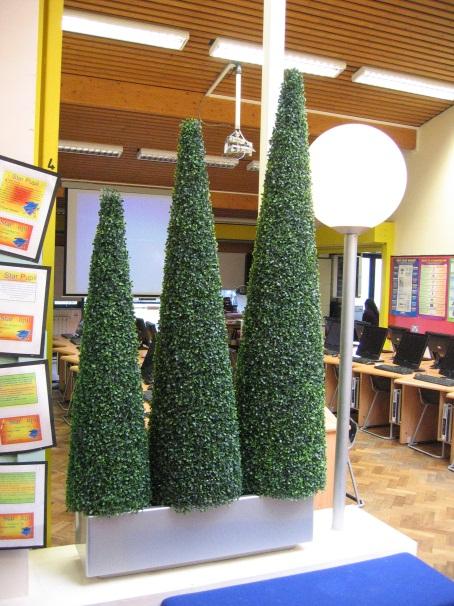 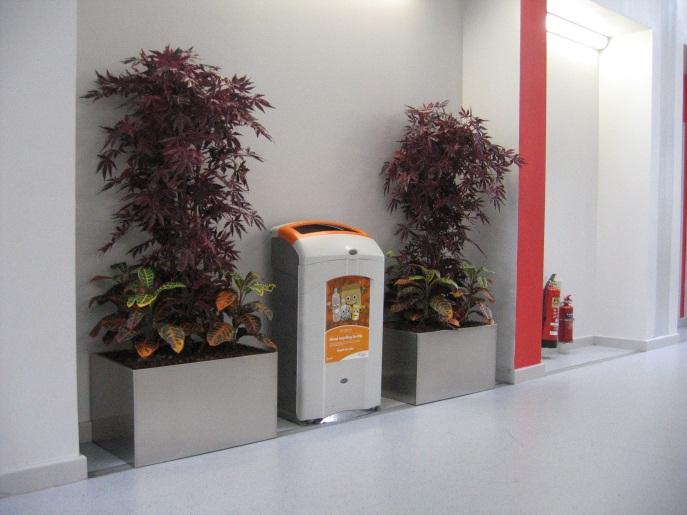 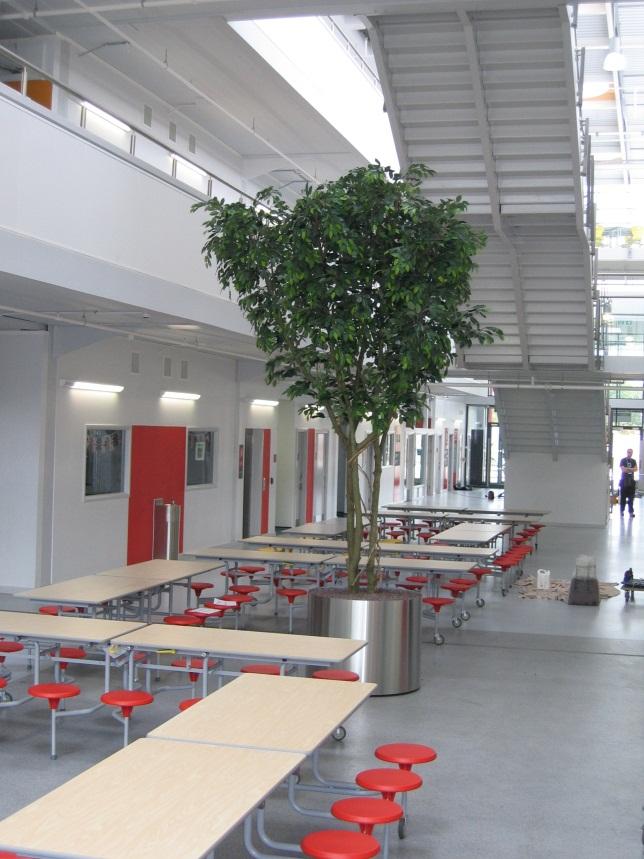 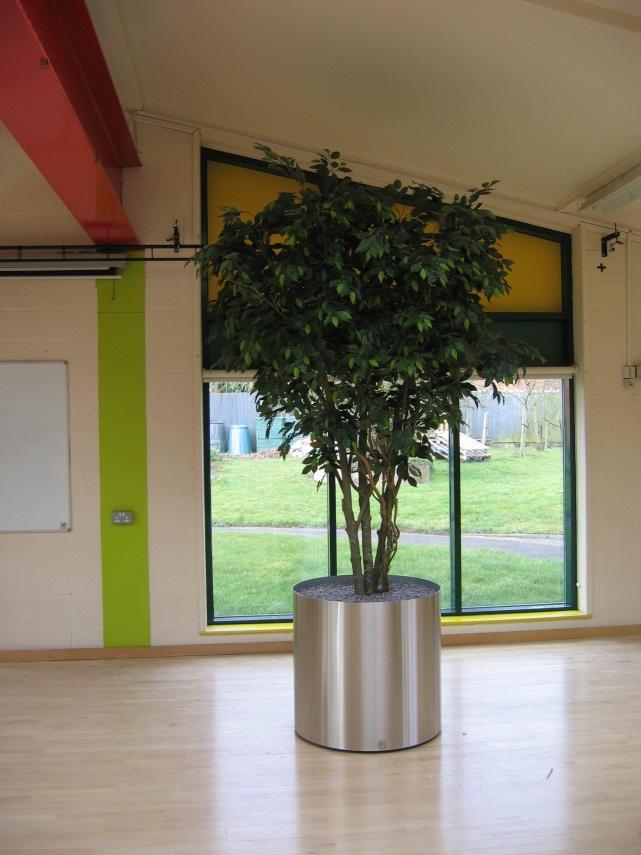 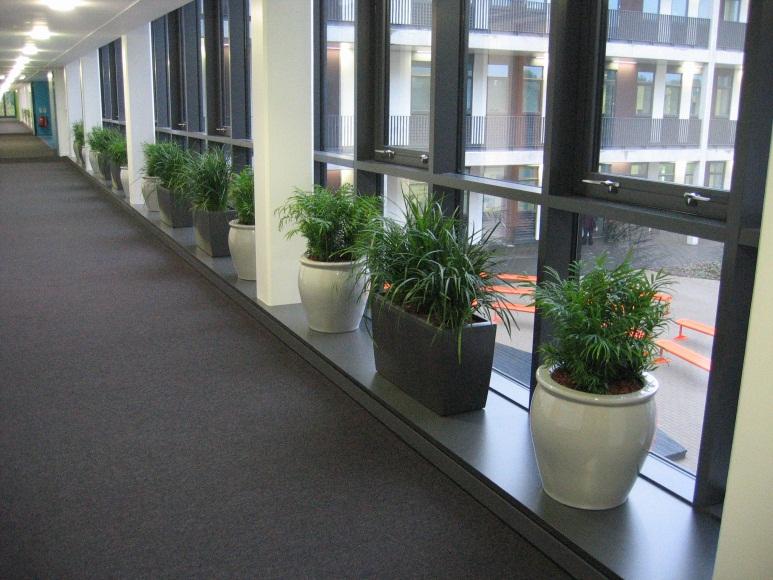