Incoming shipments arrive by canal & many of the deliveries are despatched by train. There are six huge wind turbines, lots of solar panels & employees are  given free bikes for their daily commute.

Before building the new Distribution Centre Nike measured the biodiversity of the area and formulated a plan to increase it. Green roofs and green walls have been installed on the outside of the building to attract birds and insects, and beehives and flowers attract bees. Sheep maintain the lawn instead of lawn mowers. 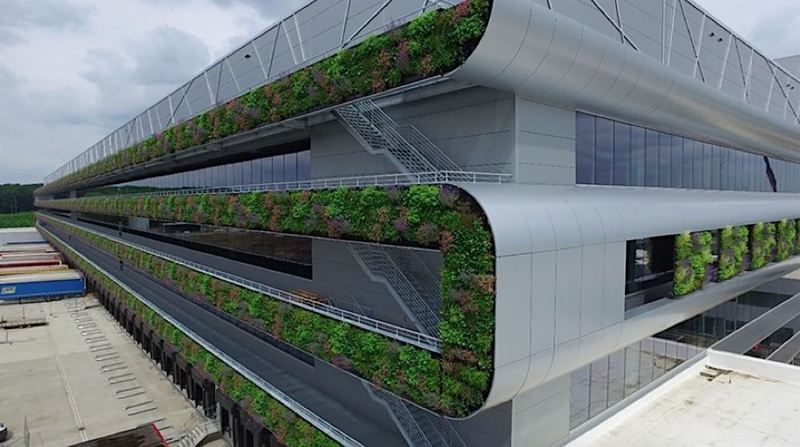 The company initially considered going even further and covering the roof in trees but ran into issues with weight. “Instead we lined both the rooftops and walls of the facility with smaller vegetation, which helps to insulate the building, provide habitats for increasing biodiversity, and, through the buffering of water, protect against flooding,” says a Nike spokesman.

Make your business greener & more sustainable with our interior & exterior Green Walls. For a Free Quote Contact Us today!