How to get a Phalaenopsis Orchid to flower again

Office Landscapes were in Holland recently sourcing new plants and products. The first Nursery that we visited was one of the largest Orchid growers in Holland.

In the nursery we were able to view all of the automated plant management systems which sees the Orchids being placed into small blue square trays then entering a vast conveyor belt system.

Once they are travelling along the conveyor belt a man watching their progress on a computer screen is able to flick a switch which moves all the plants with different coloured flowers together.

Any of the plants that don't have 75% of their flowers open are for now rejected and returned under the growing lights to encourage more blooms to open.

The plants that have been selected as 'ready for sale' are then named and have a plastic protection sheet placed around the plant. 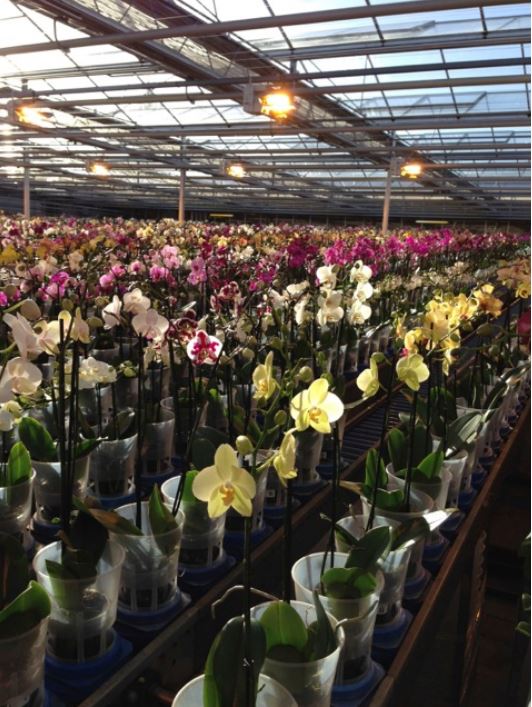 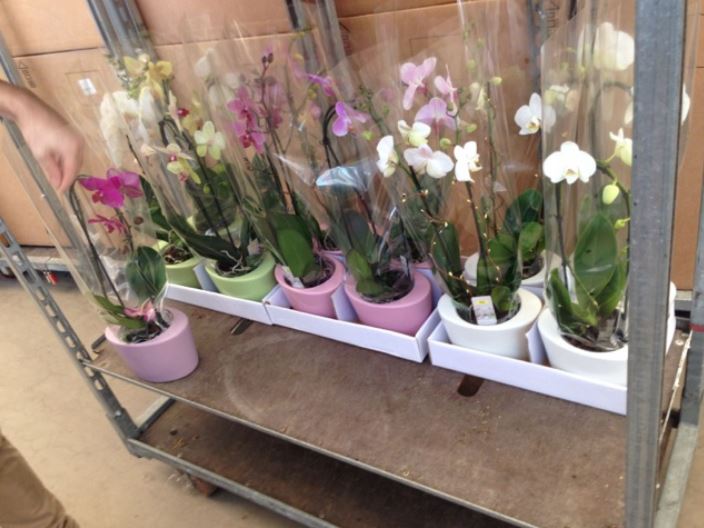 They are then boxed up and make their way into the dispatch area.

One of the most popular questions asked about Orchids : When the Orchid has finished flowering what should I do?

Cut the stem on which the flowers were attached, just above the second node from the base. As this is where the new shoots will occur and produce more flowers in 6 - 9 months time. Ideally place the Phalaenopsis in a cool spot (17 - 19° C) with a lot of light, but not in direct sunlight.

Other Questions about Phalaenopsis Orchids answered by the Grower.

Q; How often should I water and how much water should I use?

A; Water the orchids about every 7-10 days, run the orchid under the tap & let it drain out. If the roots are green then you have got the watering right but if the roots are white they have dried out.

Q; What are the best conditions to keep the Orchid in?

A; Keep your Phalaenopsis in a position where there is a lot of light, but not in direct sunlight. They should not be placed directly above radiators, as this can cause buds to dry out and fall off. In periods when the central heating is in regular use, it is advisable to spray the plant every so often with a little water.

Q; Why do some buds on the Orchid never open?

A; The plant only has so much energy for each flowering cycle when that energy is used up no more buds will open.

Take a Virtual tour of the Orchid growers and see for yourself.