Whilst we have been extolling the health benefits of having green plants in offices for many years, it has recently been revealed that exterior landscaping can also clean the polluted city air. Having green plants in your front garden not only improves the look of your street it also has 'invisible benefits"  reducing pollution and improving the quality of the air we breathe.

Rob MacKenzie, professor of atmospheric science at Birmingham University explains that creating a green barrier between your home and the traffic is like putting a filter paper between you and the pollution. Green planting close to the road soaks up airborne chemicals making a significant reduction in pollution of 10 or 20%. Furthermore the research from Birmingham University indicates that plants with small hairy leaves, such as Lavender and Convolvulus cneorum will create more of a green barrier as pollutants stick to the leaves, without causing damage to the plant." 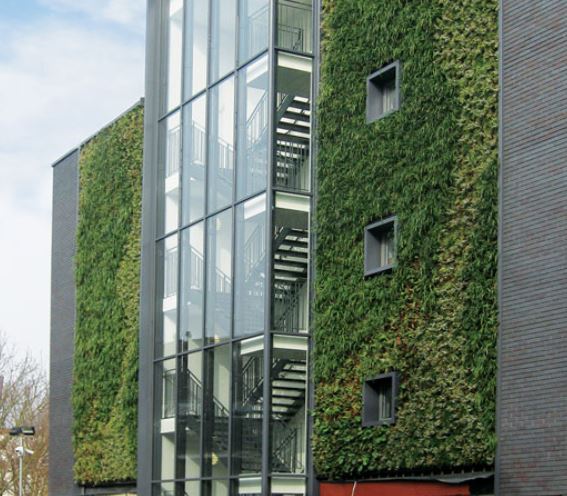 A joint study between the University of Birmingham and the University of Lancaster point out that 'greening up' our streets can achieve a massive 30% reduction in pollution, according to research published in the Journal of Environmental Science & Technology. In more polluted urban areas plants in cities clean the air by removing nitrogen dioxide and microscopic particulate matter, both of which are harmful to human health.

Trees, bushes and other greenery growing in the concrete-and-glass 'urban canyons' of cities would deliver cleaner air at the roadside where most of us are exposed to the highest pollution levels.

Pollutants cause significant problems in the cities of developed and developing countries: UK Government Environmental Audit Committee estimates are that outdoor air pollution causes 35,000-50,000 premature deaths per year in the UK, while the World Health Organization's outdoor air quality database puts the figu re at more than 1 million worldwide.